Not really a Saga I suppose. But a somewhat sad story, with an ending that could have turned out much worse.

We have 4 goats. Three Nigerian Dwarves and 1 Spanish Boer. The Boer is a show goat my daughter *was* going to show at this year's fair. 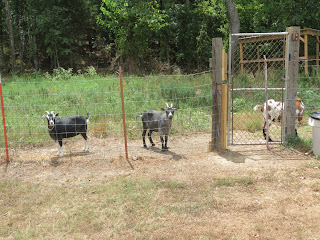 This isn't the best picture, but shows three of the four goats. The black ones are sisters and the brown and white one, we've had for about 4 years now. Clifford.


We live out in the country. We have one tiny little fluffy dog that stays inside. No outside dogs. Two Saturday mornings ago, we wake up to a crazy racket. Dogs barking, the goats were making whatever noise it is they make. It was just about daylight. My husband and I run outside and find two large dogs running from our property. We go check on the goats and find two injured. One ( the little showgoat Lizzie) quite injured. She was crying like a baby, bloody and overall just pitiful. The other one just acted like his leg hurt and wouldn't walk, and had a few small knicks on him. 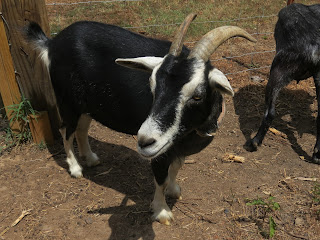 So over the last two weeks I have given antibiotic shots, cleaned the wounds twice a day, given them topical antibiotic, and for the first week we put an umbrella over Lizzie because it was so hot and she couldn't walk to get shade. 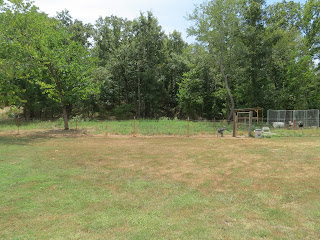 You might not can tell by this picture but they have about 3 brushed acres fenced in. There is a small shelter they normally sleep under, but we added the dog pen with the barrels for Lizzie , because if the dogs were to come back there is no way she could protect herself.  We also added another row of barbed wire around the top. 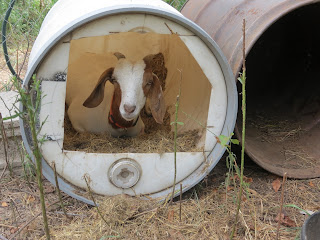 So, the good news is that Lizzie is recovering. She can now stand up to pee (YAY!!) and can walk a few steps at a time to get into better positions, go to bed etc. The vet said nothing was broken or dislocated and she was likely just sore from having her legs and tail pulled on by the dogs.

So we set up a game cam and saw the dogs again the next night. They didn't bother the goats this time. I have no idea who the dogs belong to, and have asked around and no one seems to know. But maybe someone did know because it's been about 10 days with no sign of the. Crossing my fingers. 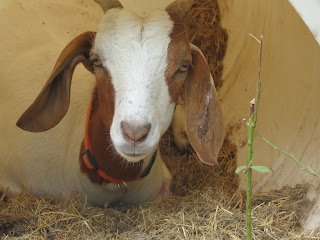 Lizzie may not be able to be shown this year. But we all learned a lot through this, we love our pets. We took turns giving her shots, sitting with her, petting her, holding the water bucket up to her mouth to drink. Positioning the umbrella so this silly goat would have shade. Rubbing her down with a cool rag. No, perhaps my daughter isn't going to show her this year, but in my book she has learned a lot about life, about living on a farm.. 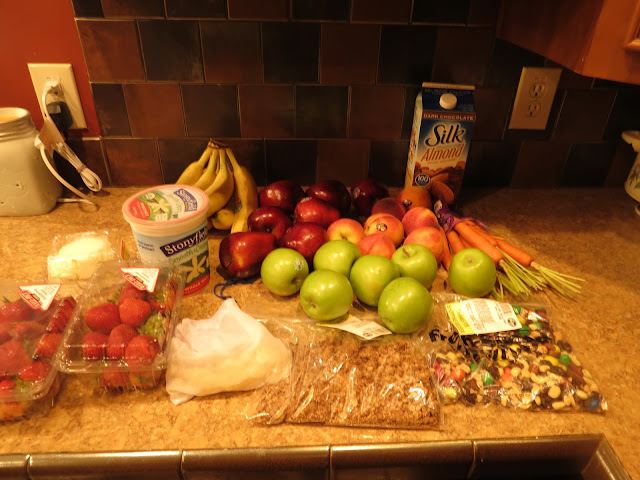